Ronnie joined RGS in March 2017, filling in for Mrs. Vogel as the 3rd Grade Associate and working in the Early Childhood Extended Care Program. She recently moved to Santa Fe after living and working abroad for more than 20 years. Her most recent position was teaching English to students of all ages at a pre-K - 12 bilingual international school in Wiesbaden, Germany, where she was a lead teacher for 11 years. Ronnie feels that working with the preschool children was the most rewarding, as they learned English so quickly and naturally and were her most enthusiastic learners. Before moving to Germany, she worked for several years as a teacher and supervisor at a preschool in Seattle, Washington, where she first discovered the joy of working with 3-5 year olds. Ronnie received a BA in English and German from Hamilton College and a MA in Humanities from California State University. She studied at the University of Freiburg, Germany her junior year, where she met her German husband. She is grateful to have had the opportunity to teach at international schools in Kenya, Greece, and Germany. Ronnie is a native New Yorker from Brooklyn, but already feels very much at home here in Santa Fe. She has two adult children, who are working and studying in Boulder, CO, and enjoys traveling, running and hiking, but most of all, dancing! 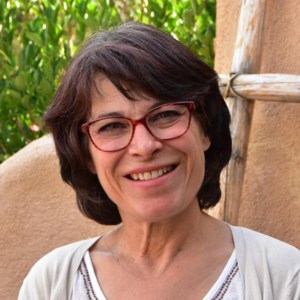